There hasn’t been anything as dramatic on the Monongahela River lately as the prefabricated section of a dam that in 2001 was floated to Braddock.

But that dam is nearing completion and rehabilitation of the aging network of locks and dams on the lower Monongahela has continued with $41 million in federal funding this year. That’s a relative drop in the bucket compared to the cost of the overall project.

About $215 million has been spent so far on lock and dam navigation improvements since 1992 and the project will cost an estimated $750 million before its completed in the next seven years or so.

U.S. Rep. John Murtha, a Johnstown Democrat, was instrumental in getting an extra $6 million added to the budget for the project this year. 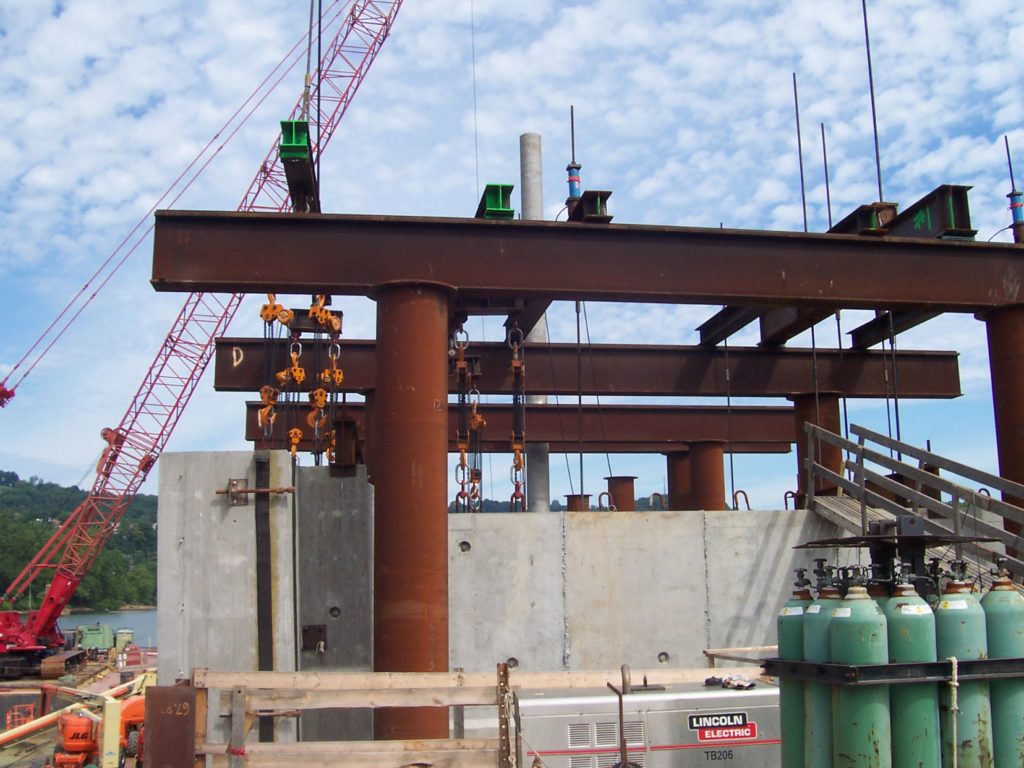 The 2004 federal appropriation for the project has tentatively been set again at $35 million. Murtha’s spokesman, Brad Clemenson, acknowledged that with the budget deficit and the cost of the war in Iraq, “it’s a very, very tough year” for additional funding.

“It’s incredibly important to the region with 180,000 jobs tied to the locks and dams,” Clemenson emphasized, pointing out that manufacturing depends upon the river transportation system.

Henry A. Edwardo, project manager for the Army Corps of Engineers, said the improvements will increase efficiency and save money, but the primary issue is that the locks and dam at Elizabeth are in such poor condition that if nothing is done, the region could eventually “lose the navigational pool.”

A lock and dam system was first established on the river in the 1840s to allow for “slack water” navigation. The Monongahela, which is unique in that it flows from south to north, wasn’t even deep enough to allow the flatboats of the time to pass for much of the year.

The dams create pools to increase the depth of the river. Because the Monongahela River changes in elevation, a series of pools is required along its length. The locks serve as steps that float river traffic up to a high pool in the river or back down to a lower one.

The U.S. Army Corps of Engineers rebuilt the locks and dam system, starting in the early 1900s with the dams at Braddock and Elizabeth. There are now nine locks and dams along the river, which allow for year-round navigation from Pittsburgh to Fairmont, W.Va.

The plan for rehabilitating the system on the lower Monongahela includes replacing the Braddock dam, and eliminating the lock chambers and dam at Elizabeth, combining two 15-mile pools into one 30 miles in length.

Edwardo hopes the Braddock dam will be done by Christmas. The locks there have already been widened and modernized.

Before the lock and dam can be taken out of Elizabeth and the larger pool created, portions of the riverbed will have to be dredged. Some utilities and a railroad bridge will also have to be moved above what will be a higher pool.

In the meantime, work is under way at Locks and Dam 4. Although commonly known as the Charleroi lock after the Washington County community, the locks themselves are on the Westmoreland County side of the river in Rostraver Township.

Construction crews are scheduled to start work this week on a new access road to the locks off Route 906 that will take about two years to build. It will replace a sharp turn-off from the highway. Future site work is also to include moving the operation building farther inland.

Bids will be sought in August for the demolition of a portion of the riverside chamber at the complex. It is narrower than the main landside lock and is used as a backup to it.

The riverside lock won’t be demolished completely, but widened. Edwardo said a wall was purposely included in the design of the new Charleroi dam when it was built in 1967 to allow for the expansion of the riverside lock.

The main lock is also slated to be rebuilt in future phases of the project, with both locks widened to 84 feet. 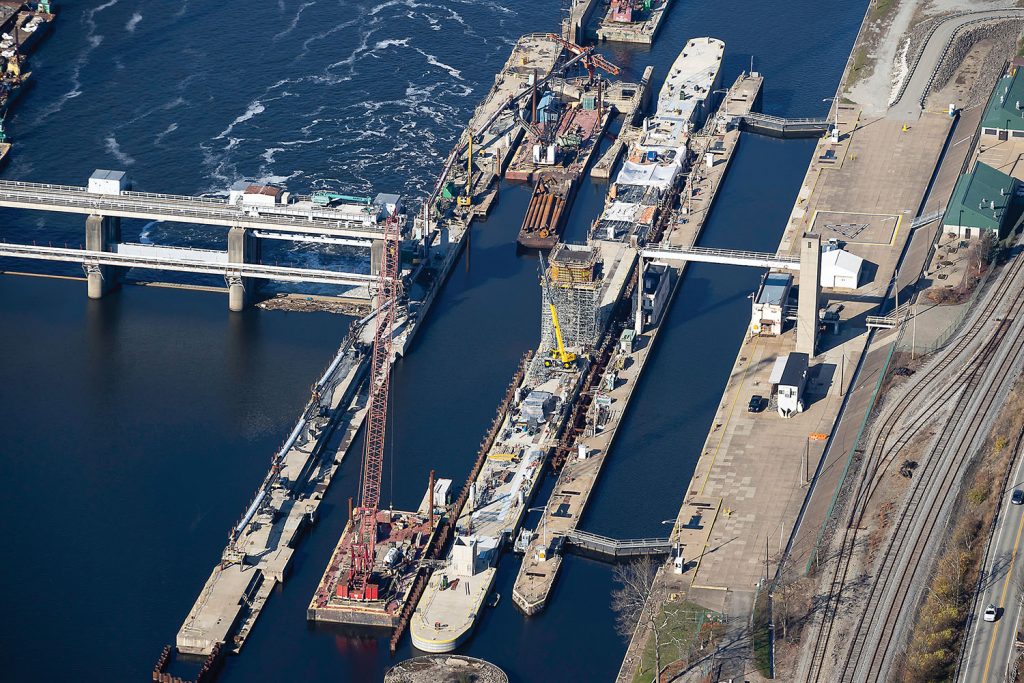 The process of using the chambers is called “locking through” and it is relatively simple. Once a boat enters the lock, water is directed through a huge valve, flooding the chamber, and floating the boat up 17 feet to the level of the pool.

With the water cascading through a 9-by-12-foot opening it takes only about 10 minutes to fill, or draw down this tub with about 5 million gallons of water. All of the flow is through gravity, without the aid of a pump.

The gates, which are operated with a hydraulic cylinder arm, won’t open until the water in the chamber is at the same level as the pool. On one recent day, Lock 4 operator Richard Baran opened the gates for a tow of empty barges. Even empty, the tow left a churning wake as it floated out of the chamber.

Another improvement to the Charleroi lock that has been completed is an underwater dike that helps control the turbulence when a tow enters the lock.

Pleasure craft also queue up to the locks. Ropes hanging over the river at either end allow boaters to announce their presence with whistles. However, lock personnel say that most of the weekend boaters contact them by marine radio or cell phones.

The limited-size tow the Charleroi and Elizabeth locks can currently accommodate can create a bottleneck.

Large barges, 35 feet wide and 195 feet long, known as “jumbos,” are popular on the river. Three of these barges can fit into the 56-by-720-foot Charleroi lock, end-to-end with their towboat.

But the barges are often tied together two-by-two and such a tow has to be broken in half, requiring a second towboat. Breaking up the two halves of the tow and reassembling them on the other side of the lock can take hours, compared to the less than 30 minutes it takes for a straight shot through the lock.

The proposed larger locks will allow the jumbos to go through two-by-two, allowing for a total tow of six barges. 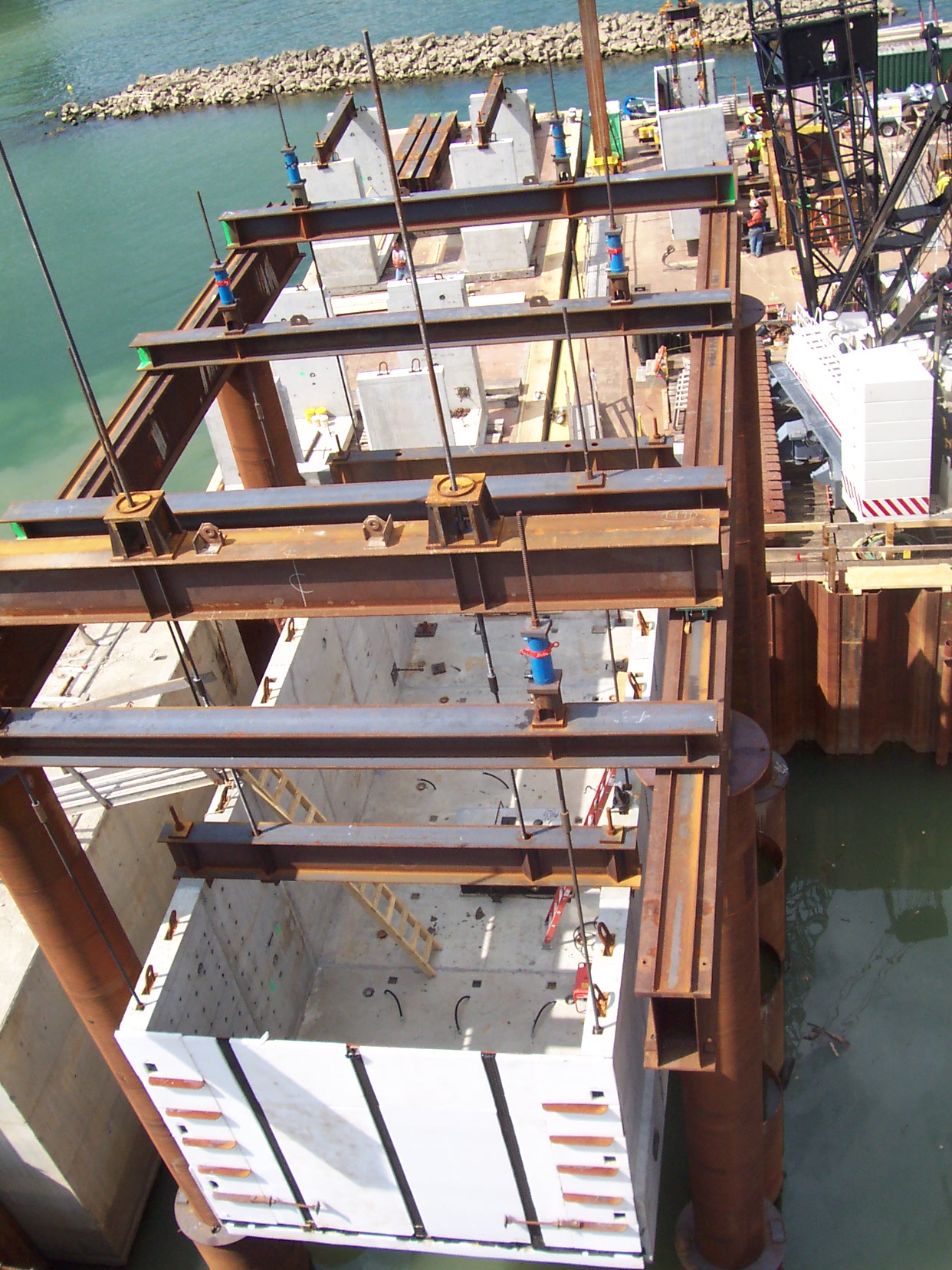 John Booker, assistant lockmaster at Locks and Dam 4, has been watching the traffic go by on the Monongahela River for 17 years, but hasn’t grown tired of the sight. “There’s always something interesting,” he said.

Locks and Dam 4 is open 24 hours a day year-round with a crew of 17, including Booker, lockmaster Gary Household, lock operators, and the maintenance staff. Two employees handle the night shift, a lock operator who opens and shuts the gates, and someone to open the valves to flood the compartment and help with barge lines.

In the winter, a tow may push large quantities of ice into the lock with it. But Booker said ice and high water in the river hasn’t interfered unduly with the operation of the locks. The Charleroi locks shut down for a total of only six hours this past winter, despite particularly severe icing and high water conditions.

Personnel from time to time have to “strip” the locks, moving electrical equipment higher up when the river reaches flood stage, but this inconvenience should be mitigated when the buildings are moved farther inland.

The navigation locks and dam improvement project, in the works since 1992, has been a long haul for the Army Corps of Engineers. The agency hopes to complete the project by about 2010, but that is contingent upon a number of factors, including funding.