Our Client asked us to design a Jacking System that was capable of pulling new sections of the Syracuse Carrier Dome into place.

Our client was building sections of the roof on the ground, then raising them over the existing Carrier Dome with a crane and then using our Jacking System to pull the roof sections into place.

A combination of pull cylinders and centerhole cylinders were able to accomplish this. This system was still being used until the new Carrier Dome roof is complete.

Syracuse New York — Syracuse University announced plans to spend $118 million on improvements to the Carrier Dome that will include a permanent roof, a virtually hung scoreboard, air conditioning and other amenities.

The project won’t affect a football, basketball or lacrosse season.Parts of the project, including the new roof, are expected to be in place by the fall of 2020.

Conversation about the future of the building has been a constant around the community for the past four years, ever since secret conversations about a possible downtown stadium became public. After those talks fell apart, Syracuse announced that it intended to renovate the Carrier Dome, making it the focal point of an announced $255 million campus upgrade.

The announcement also indicated Syracuse would install a permanent roof, but in recent conversations Syracuse officials had indicated that they were considering all their options.

The latest portion of the plan was announced after it was approved during the annual meeting of Syracuse’s Board of Trustees.

Reconstruction of the Syracuse Carrier Dome using a combination of pull cylinders and centerhole cylinders. 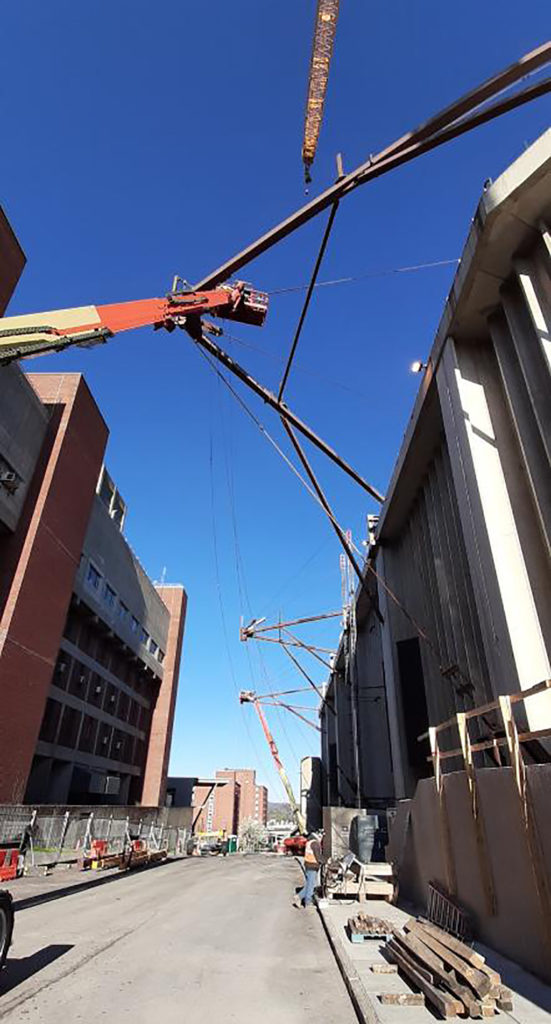