Our client had asked to design and provide a sixteen point Synchronous Jacking System that had the ability to raise the Gillette Stadium Sign 36 feet in a single day three weeks prior to the first game of the NFL season.

The sign had to be raised in order to fit the previous two Super Bowl banners underneath the Gillette Stadium sign.

Using twelve centerfold cylinders and a control panel, we were able to raise the sign approximately three feet per hour. (See the Gillette Stadium progress pictures from 7.00 am – noon – 4.00pm).

FOXBOROUGH, Mass. — Here are some quick-hit thoughts and notes around the New England Patriots and NFL:

1. How did the Patriots ultimately decide on plans to fit their fifth Super Bowl banner inside Gillette Stadium? Here are some behind-the-scenes nuggets from one of the most unusual storylines of the offseason: 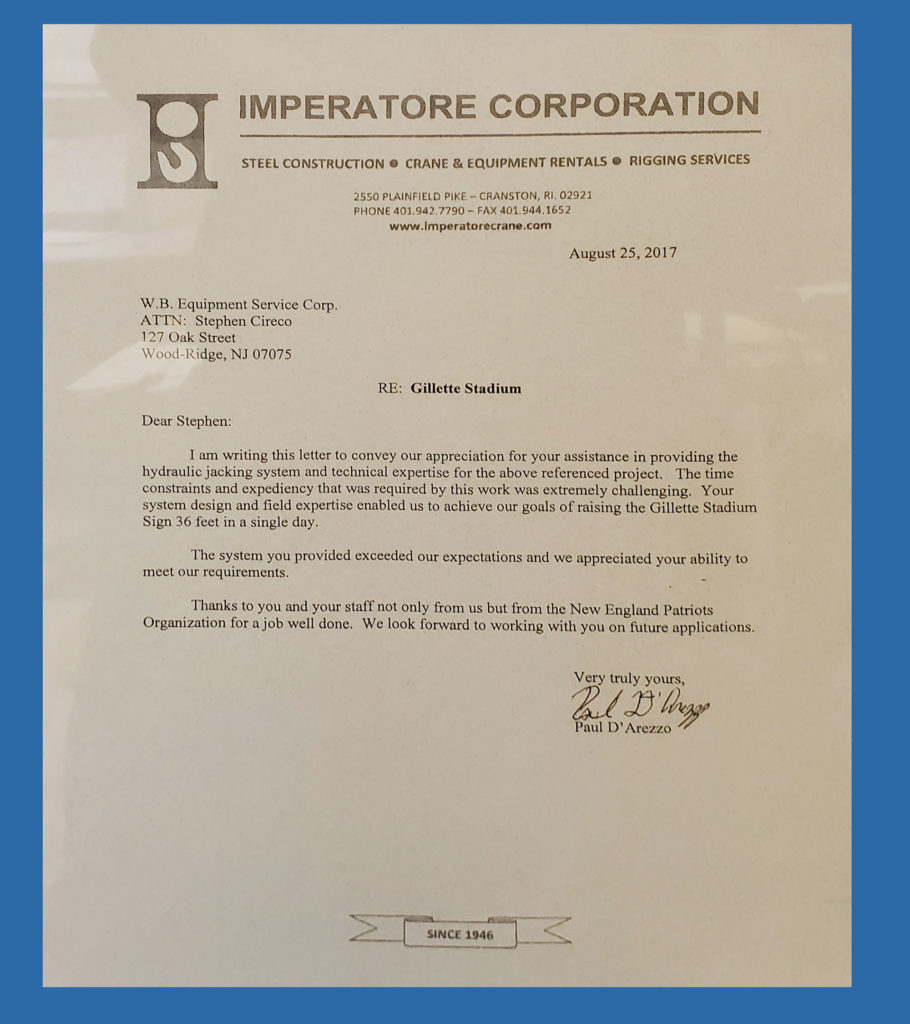