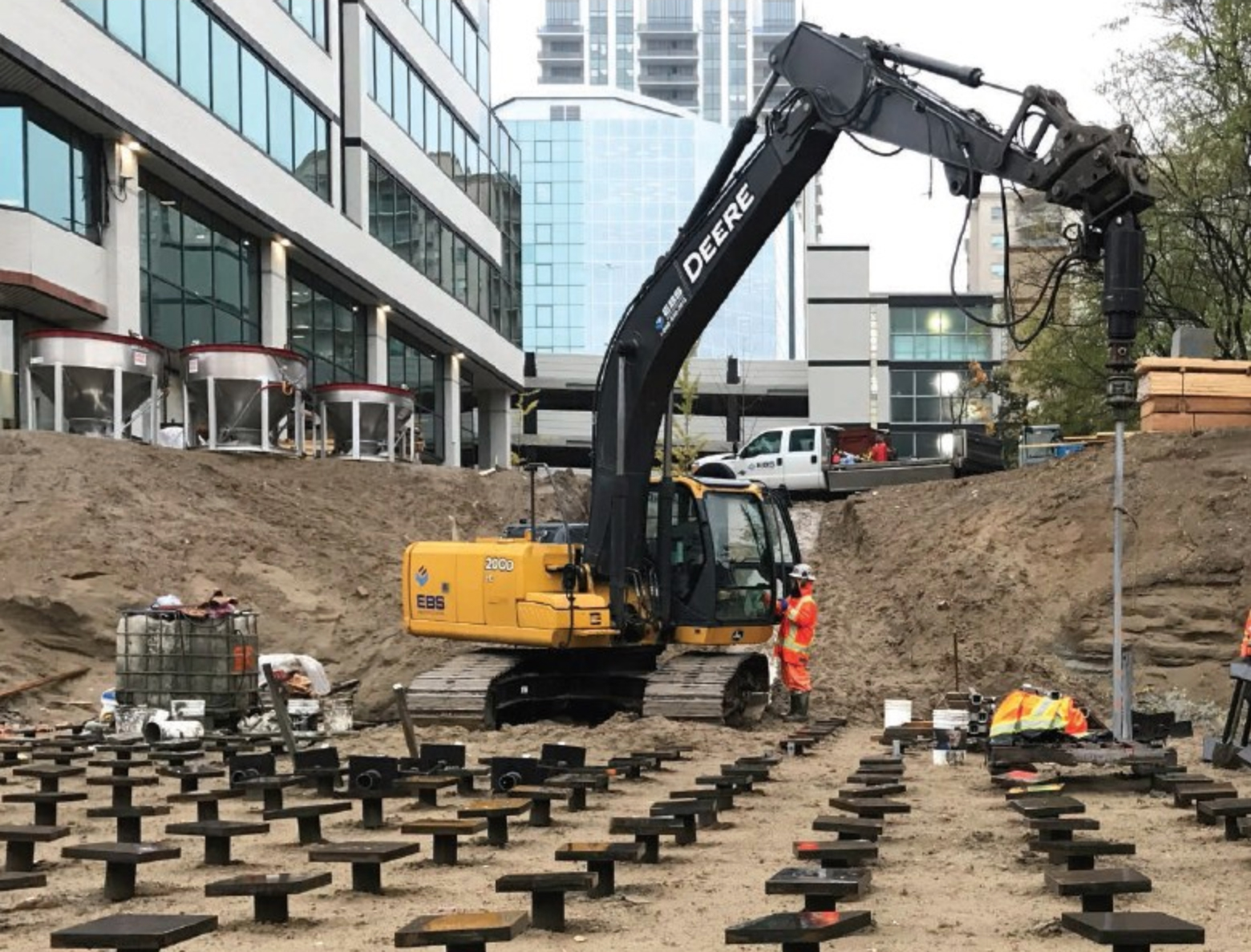 Our client had asked to come up with a way to permanently add load to column with less than two inches of space to fit the jack in.

Using a specialized flat jack that fills up with grout and hardens and can be used in the most adverse conditions. The flat jack was able to accomplish this and achieve the desired load.

It was such a success there was an article written in Pile Driver Magazine to illustrate how it was achieved.

The Fort Rouge Transit Garage is Winnipeg Transit ’s central and primary maintenance and repair facility, handling the majority of the total upkeep for the city ’s transit fleet. Built in 1969, Fort Rouge Garage  was considered state-of-the-art; the Storage Garage features a special drive-through wash bay, as well as additional areas to check oil, water, tires and lights of each bus after the day’s run.

A separate maintenance and repair building also handles scheduled maintenance inspections and major repairs.Now more than a half-century old, the original buildings at the facility could no longer handle the capacity required of a larger bus fleet. Therefore, the City of Winnipeg made the decision back in 2016 to expand the Maintenance and Repair Garage to better meet current and future needs.

The flat jack prior to installation and inflation with epoxy grout The grout cylinder setup where the epoxy grout is placed prior to being injected into the flat jack to keep up with a vehicle fleet that had grown considerably in the decades since the facility was built . . . .

“Unlike normal hydraulic jacks, flat jacks also have the ability
to become a permanent part of your structure.”